It’s often said that we Brits are a nation of animal lovers. Which is probably true, but is also a little weird. There aren’t many nations across the world where people don’t keep pets. However, one thing that is true is that we spend a lot of money on our pets. Survey after survey shows that we spend, as a nation, billions of pounds a year looking after them. And we don’t resent a penny.

One thing that is even more interesting is the wide range of pets that are kept in homes. Walk into any vet surgery around the country, and there’ll be price lists on the wall for treatment of various pets. Dogs, of course. Cats, yes. Rabbits and guinea pigs, naturally. But read further down, and you’ll see more and more exotic ones. Including an increasingly wide range of exotic birds.

If we’re a nation of animal lovers, it’s a broad and all-encompassing love. We love our cats and dogs, and food is widely available for them in supermarkets and local stores. But walk into a supermarket and ask where they keep the parrot food – they’ll look at you as though your words had been spoken by the parrot itself. You need to go further and wider to find the right stuff.

Why It’s Harder To Look After Exotic Pets

You’ll remember clearly the moment you saw a hand raised Eclectus for sale. The excitement of knowing that you could have one of nature’s most colourful, entertaining birds in your home. The determination to get it before anyone else swooped in. The dawning realisation that it wasn’t going to be child’s play to look after it. If you live near to a large pet store it’s a bit easier – but a lot of us spend hours comparison shopping to find the right items online. If it’s worth paying for a pet, it’s worth paying for the right items to look after it.

Why We Love Exotic Birds

Parrots are a favourite pet for many reasons, not least their colourful plumage. Shades of blue, red and orange that you’re just not going to get with a cat. Unless you dye it – and good luck with that, because they won’t be happy with you. 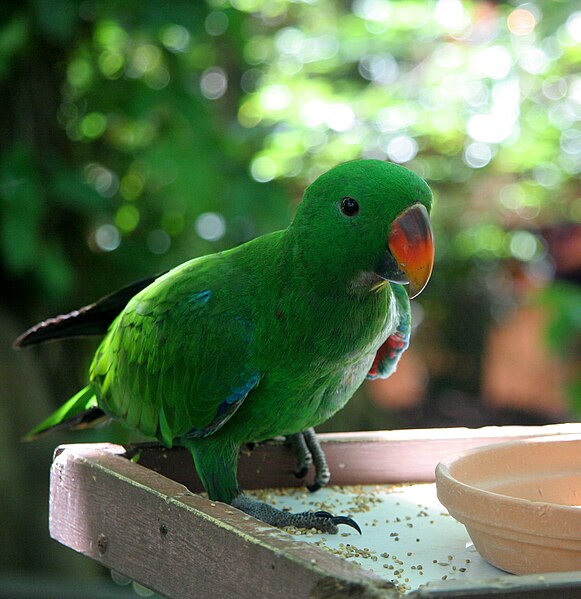 Added to that, there’s the talking thing. It never stops being amusing when a parrot picks up on something you’ve said. And keeps repeating it – so just make sure you don’t gossip too much when the parrot is within earshot.

What Do They Eat?

Although a lot of people will treat their birds like domestic garden birds and feed them seed, most parrots will not be keen on this. In the wild, they are arboreal creatures and prefer fruit and nuts. Pay heed – you may be tempted to buy rejected fruit from a local grocer. If you want your eclectus to thrive you should be feeding it fruit you’d be happy to eat yourself.

Exotic, exciting birds make excellent pets, as long as you are prepared to put the work in to look after them. They may not be as welcoming when you come home from work, but they’ll certainly know who you are. And if you care for them well, they’ll come to love you too.